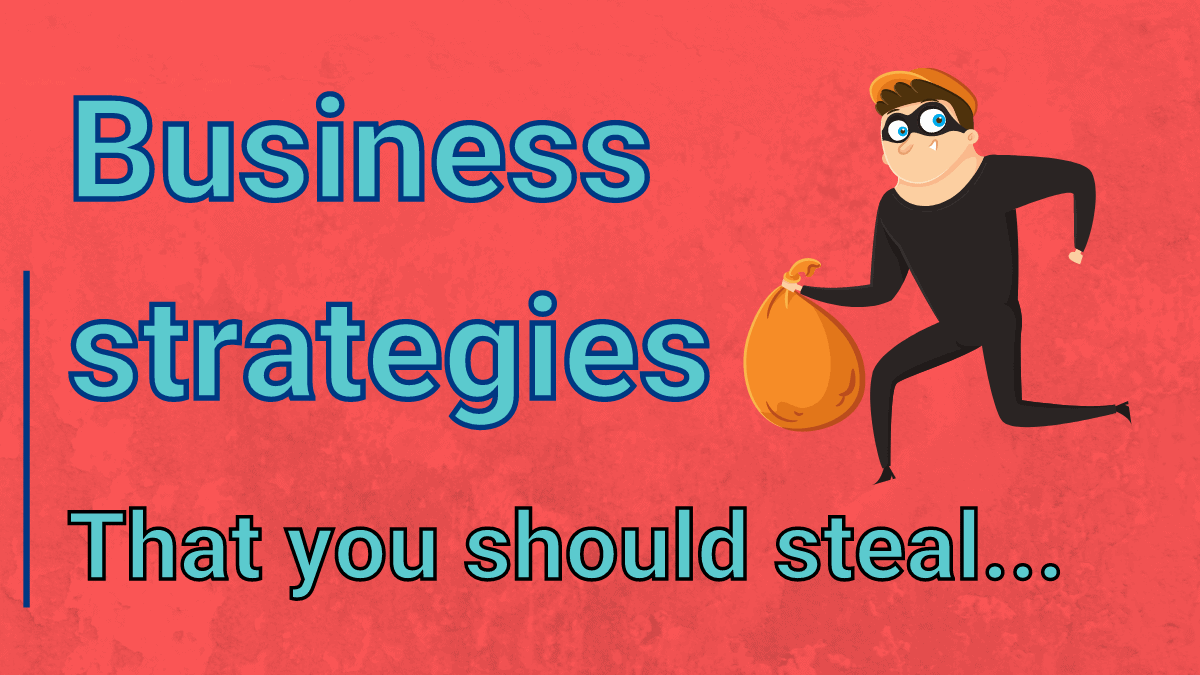 Originality is great. If you have a revolutionary idea for customer service – something nobody else does – I tip my hat to you.

But tried and true strategies are a lot less risky and ultimately, it’s results that count.

So today we’re going to look at some strategy innovations that are tested and ready to go.

They come from some of the most successful businesses in the world… so get ready to steal from the best.

The lesson? Invest in staff (without blatant self-interest!)

How many businesses you’ve worked with claimed to invest in their staff? I’ll bet most of them did.

And how many invested in a way that *wasn’t* about directly increasing productivity? A somewhat lower proportion I’ll bet.

So here’s the issue: what many businesses call ‘investment’ is actually ‘training’.

Chick-fil-A are a fast food company with a very different perspective on this. Every year the company awards several dozen scholarships to both full- and part-time employees.

So far they’ve paid out around $92 million to almost 60,000 employees. Crucially, the scholarships are awarded for any area of study – the company isn’t just putting people through management training.

Chick-fil-A has staff retention rates far above the standard for their industry. Among store operators their churn rate is below 5%, compared with a benchmark of 35%. It passes to their frontline employees too, where they have better than double the retention rate of their competitors.

So, should you offer millions of dollars in scholarships to your employees? Maybe!

But the real takeaway here is that staff will stay where they feel secure and valued.

(In case you were wondering, the company has grown sales by about 10% every year since 1946.)

(Is retention an issue for you? Here’s something you should know – virtual contact centers have staff retention rates around 80% compared with 25% for the traditional, on-site model. Read all about it in ‘Is the Virtual Contact Center About to Become the Norm?’)

The lesson? Scrap the endless meetings

Google has asked all staff to cancel all meetings between December 28 and January 1. Granted, this low-productivity period probably wasn’t awash with meetings to begin with; still, it’s an interesting move.

So what’s the idea?

Simply put, most of us have too many meetings, especially during lockdown.

The average employee takes 62 meetings per month. Middle manager and senior leadership spend 35-50% of their time in meetings. Almost three-quarters of employees admit that they take care of other work during meetings (albeit more slowly).

We know that meetings aren’t universally productive, but who’s going to put an end to them?

In general, senior staff feel that taking meetings is their job. Junior staff, meanwhile, feel that they can’t say no to meetings. We’re all trapped!

The move forces meeting organizers to be a great deal more focused when planning meetings. Are there other topics that you could roll in to this meeting? Do all of the invitees really need to be there? Should this actually be an email?

The crucial factor is employee burnout. This is a growing trend, accelerated by lockdown, which an overflowing meetings schedule contributes to. Tackle burnout and you tackle sick leave, employee dissatisfaction and churn.

The lesson? Automate with customers in mind

We talked before about Delta Air Lines smart approach to conversational AI in customer service.

In short, Delta chose to become an early adopter of conversational AI tech used in customer service. When customers call for information, their first contact is with a conversational system that can either resolve their query or route them to someone who can.

So how does this help?

Basically every business wants to bring more automation into their customer service. The ’first line of defence’ for contact centers has traditionally been the IVR system, but that’s not always a popular choice with customers.

Conversational AI, on the other hand, enjoys great uptake with customers. That makes sense; modern customers are used to Alexa, Siri and similar voice tools.

There are two key ways that businesses use this. The first is that a lot of simple queries can be totally automated; customers don’t need to hold for an agent.

The second is that the system can gather detailed data about the customer and their query.  That way, if they are routed to an agent, that agent is well informed, saving valuable time on the call.

Delta saves about $5 million per year, largely by increasing their call containment by 5%.  Their automated system captures customer intent in three-quarters of interactions which helped them to reduce mis-routed calls by 15%.

Perhaps more importantly, customers don’t face the endless irritation of a bad automation. If it works, they’ll use it!

The lesson? Ask the right people for feedback

You’ve heard it before – feedback is the breakfast of champions.

But maybe too many companies have learnt that lesson because consumers are drowning in feedback.

It takes a lot to get a survey response from customers these days. The trick is to ask the right people at the right time.

So how do you manage that?

Say you’re a SiteGround customer and you contact them with a query. After it has been resolved, they’ll ask for feedback about your agent. So far, so simple.

The next part is smart. If you do provide feedback, they’ll also invite you to review them on a 3rd party site. Obviously you don’t have to – but a decent number of people go ahead with it.

That’s two reviews for the price of one. Other businesses vary this by offering longer versions of their surveys to customers who are able to put more time into it.

The breadcrumbs element is the key thing – ask for just a small amount of input, but use that to lead on to more detailed, granular feedback.

This is clearly a great way to get more feedback, some of which is public-facing.

If you’re very eagle-eyed, you’ll have spotted the added value there…

Sending customers to a 3rd party review site forces you to make sure the customer service interaction is top notch! And there’s no better way to keep your standards high than to enter those make or break situations!

GiffGaff get customer service from customers

The lesson? Help customers to help themselves

You read that right…

The UK company GiffGaff has a remarkably small customer service footprint, given the scale of their customer base.

The cornerstone of that service is a community approach that encourages customers to help one another rather than calling GiffGaff.

Does that actually work?

Amazingly, that does work. Not only do GiffGaff customers help one another, they make suggestions that GiffGaff can put back into their businesses model. It’s free product research!

It works for GiffGaff for a couple of reasons. First, they’ve committed to keeping their product and their pricing structure simple. That prevents a lot of the contacts they would have had in the first place.

(And hey, isn’t that a good lesson too? Instead of rushing to solve problems, figure out how to make your service more pre-emptive…)

For starters, GiffGaff achieves CSat and NPS scores that are far better than their competitor O2. Why is that significant?

Because GiffGaff runs on the O2 network. The fundamental product is the same. But a simple product outline and a well-run online community make all the difference.

Want to learn more about the kind of automation that’s saving Delta Air Lines (and others) millions of dollars?
Then get ‘Your Guide to Conversational AI’ now!

What is Customer Effort Score?

CSat Scores in the Gutter? Send Them Skywards in 5 Simple Steps

What is Net Promoter Score?

What is Call Transfer Rate?

We use cookies on our website to give you the most relevant experience by remembering your preferences and repeat visits. By clicking “Accept”, you consent to the use of ALL the cookies.
Cookie settingsACCEPT
Manage consent

This website uses cookies to improve your experience while you navigate through the website. Out of these, the cookies that are categorized as necessary are stored on your browser as they are essential for the working of basic functionalities of the website. We also use third-party cookies that help us analyze and understand how you use this website. These cookies will be stored in your browser only with your consent. You also have the option to opt-out of these cookies. But opting out of some of these cookies may affect your browsing experience.
Necessary Always Enabled

Any cookies that may not be particularly necessary for the website to function and is used specifically to collect user personal data via analytics, ads, other embedded contents are termed as non-necessary cookies. It is mandatory to procure user consent prior to running these cookies on your website.